In January, I surprised Jared with a PhD celebration party with several seminary friends. We had a cake buffet in the Teen’s room at CBC. Erica was my co-conspirator and spent several hours with me the day of the party prepping the room. Cindy Miller stayed far too late cleaning up, as did my mother-in-law. Both women also contributed two cakes. And several other sweet friends baked a variety of cakes (carrot, Gfree chocolate, banana, peanut butter, chocolate, white cake, lemon loaf, gingerbread, devil’s food and more) for the occasion. I neglected to bring my camera–as I’m so prone to do at these special events that you’d like to remember forever–so these photos are taken from someone else’s camera.

Jared was completely surprised. I love his expression in the first picture–it’s the admission that I pulled off an elaborate scheme on him–conjuring the most ridiculous stories and explanations just to get him in the door that night! It was too easy, really. Apparently I’m a skilled deceiver. Or Jared is all too trusting…

He ended up wearing his coat all night because I was too afraid that asking him to change before we left the house might seem suspicious. He had randomly shaved his beard that night–LIKE WOLVERINE’S–and I couldn’t let that one go, so I opted to let him wear that old white undershirt instead and prevail upon him to lose the Logan look. 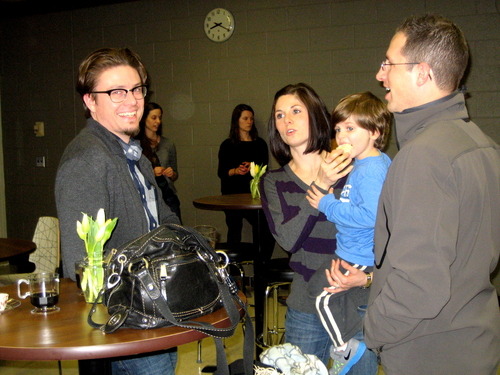 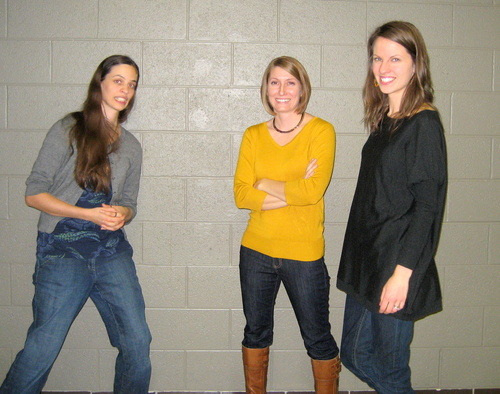 Andrea Miller (soon to be Studdard, sneaking into the picture with Audrey Meyer and Amy Roy. 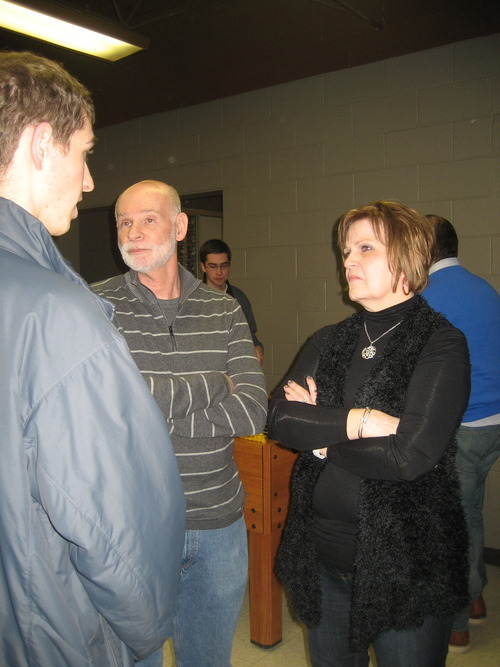 The McCabes, aka Uncle Bob and Aunt Linda 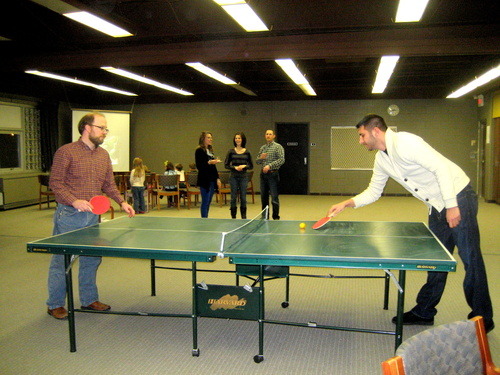 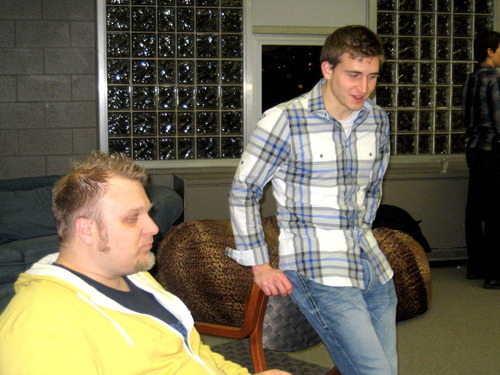 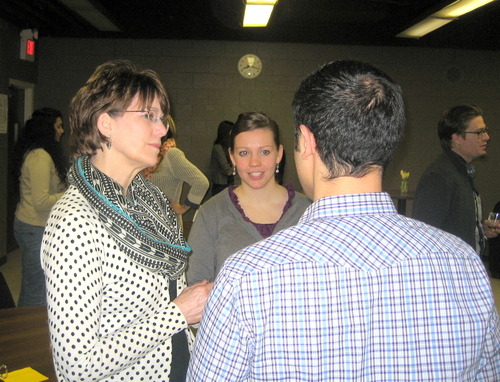 Laura Paugh and Stephen Gonzalez, Naomi Eda (soon to be Freeburg, in the background) 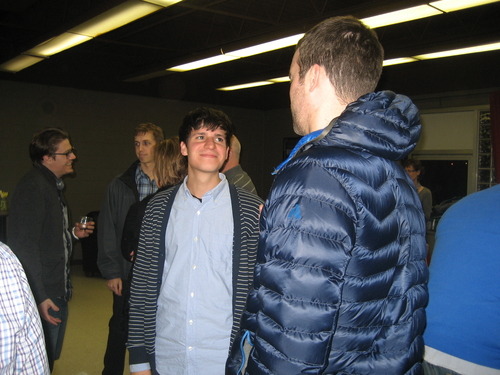 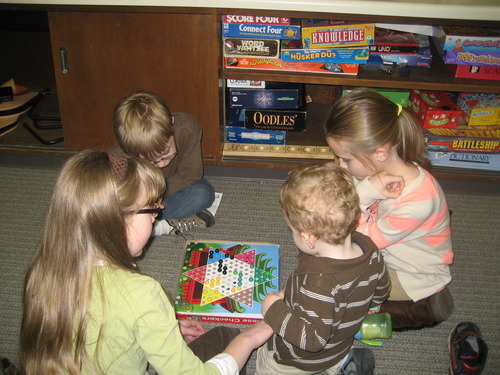 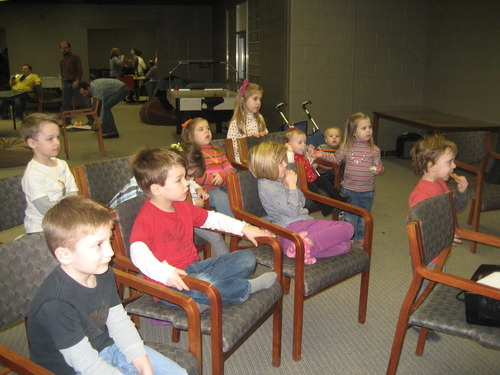 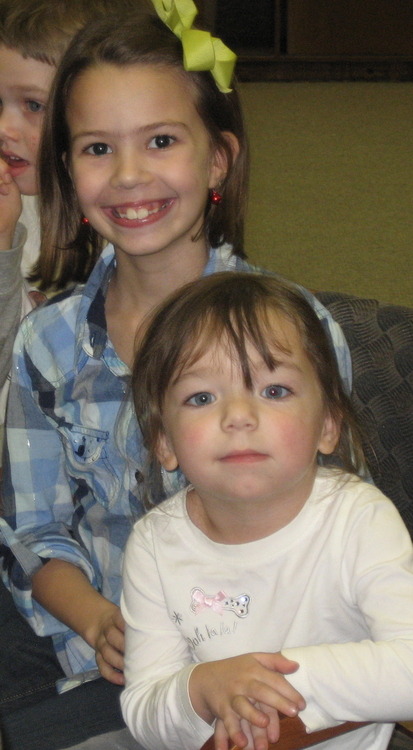 It was a good night. We’re thankful for the support of friends and family over the last several years of doctoral work, but mostly we’re thankful to be done!!!! Woohoo!

Making the most of yet another snow storm!