Corduroy’s Weekend with the Comptons

Corduroy, being an adventurous little bear, was very much looking forward to his weekend with the Comptons.  He had heard of Asher’s many exploits with his band of siblings and was anxious to meet the clan for himself. At last, Friday arrived and Corduroy was tucked into Asher’s bag where he would be transported to the Compton’s home. Once there, Asher introduced Corduroy to Mr. and Mrs. Compton (aka Daddy and Mommy), his younger brother Jude and his younger sister Haven. Haven must have reminded Corduroy of his dear friend Lisa because they became fast friends and would not be parted! 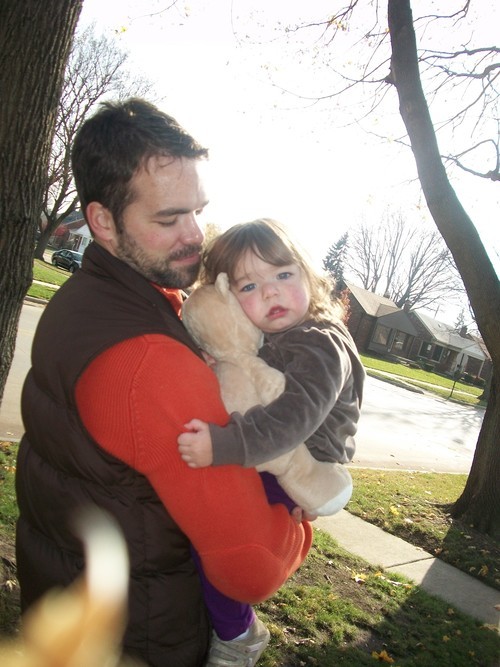 Though Corduroy might have been content to cuddle with his 21 month old friend, sip tea, and eat biscuits all weekend, he would have missed out on the Kung Fu lessons he learned from watching Kung Fu Panda for movie night. And his adventures might have been rather dull indeed if Mr. and Mrs. Compton had not intervened. Fortunately, intervene they did and Corduroy fared quite well in the next day’s Kung Fu duels. Saturday dawned a bright and unseasonably warm day and Corduroy and the Comptons awoke to a breakfast of cinnamon rolls before taking their adventures out of doors. Mrs. Compton was a bit worried that Corduroy’s mother might not want him to have so much sugar, so she also offered fruit and eggs. Corduroy declined, promising to eat a healthier lunch. During breakfast Mr. and Mrs. Compton were appalled to discover that Corduroy had a nasty habit of eating everything with his paws. A compromise was quickly made and Corduroy allowed himself to be spoon fed by his new bestie, the Haven girl. Outside, Asher, Jude, Haven and Corduroy ran races–with Asher emerging as victor but closely seconded by Corduroy–rode bikes, took a stroll around the neighborhood, played in dried leaves, and built a fire. They wore themselves out with play and were content to settle down for a good night’s sleep in Asher’s bed–the top bed in a bunk. Corduroy developed a sudden and debilitating fear of heights as they mounted the ladder, but he was able to calm down and fall asleep with Asher’s promise to stay with him all night. Though the original plan was to attend church with Asher on Sunday, Sunday turned out to be a rather quiet day at home as two of the five Comptons were down with a cold and Mrs. Compton was busy prepping for their upcoming Thanksgiving adventures. Corduroy enjoyed some table time with the siblings and later scarfed an entire quart of ice cream–using his newly acquired silverware skills. Mrs. Compton is still waiting for him to keep his promise to eat a healthy meal. With uncharacteristic incivility, Corduroy threatened the Wuxi finger hold (pronounced Woo she–an ancient Kung Fu practice which Corduroy perfected during movie night) on anyone who attempted to steal his ice cream. With the conclusion of his weekend adventures at the Comptons, Corduroy eagerly awaits his upcoming adventures with his other classmates. (Haven, of course, secured a promise for a return visit!) 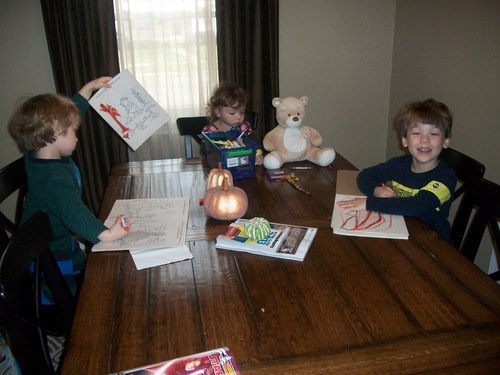 A Mother’s Hope and Legacy: Psalm 103

To a Courageous Mom: