In true Compton fashion, Asher decided to throw up 3 hours before the ceremony–in the car, literally just as we pulled into Deerfield. Since Grandpa had attended Daddy’s dissertation defense, it was decided that Grandma would attend the ceremony while he played nurse back at the hotel room. I’m told it was a good night for watching How the Grinch Stole Christmas.

Here is the final picture with the graduate before the ceremony. Pardon us if we look a bit stricken. The germaphobes within were in full panic mode. 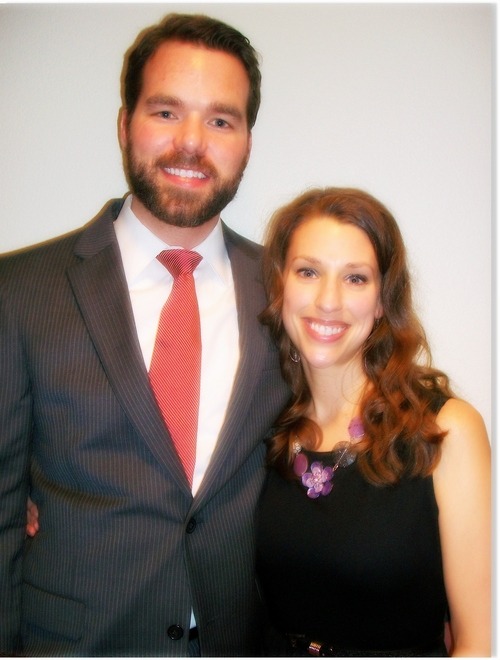 Entertaining ourselves before the ceremony 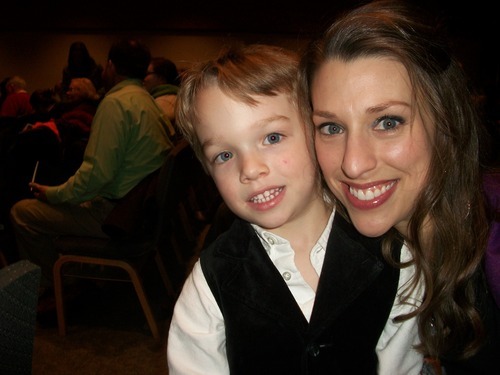 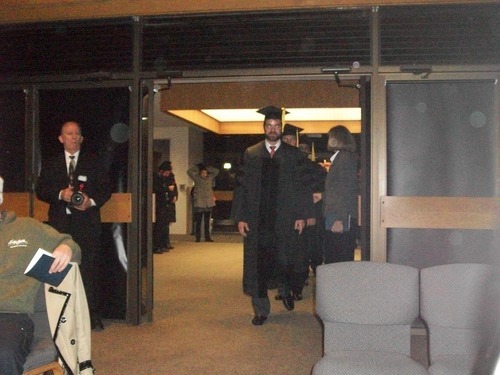 Entertaining ourselves during the ceremony 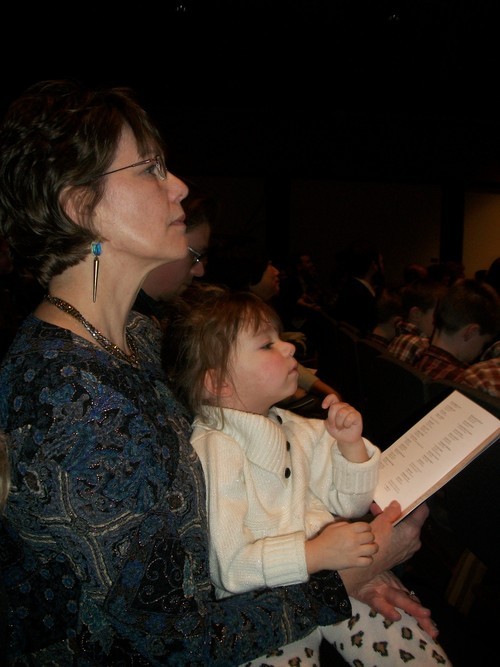 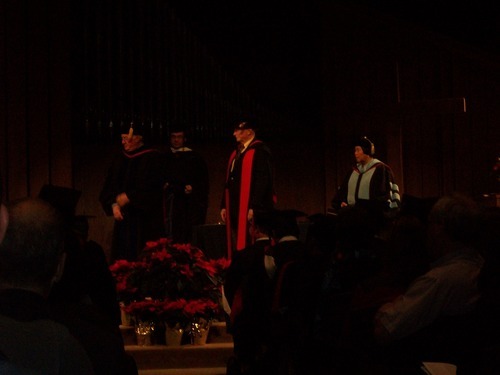 Standing on Grandma’s lap to see the hooding a little help for the rookie 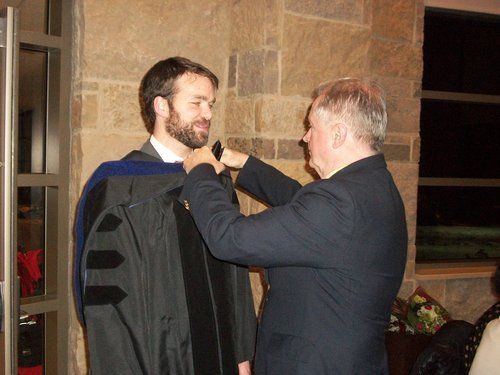 We’re thankful for the opportunity Jared had to study under Dr. Carson, who proved to be not only a highly-esteemed scholar (understatement), but also a godly mentor. Regrettably, we did not get a picture of both Dr. and Mrs. Carson. They kindly took the time to sit with us at the reception though both of their children had arrived from out of town that evening to spend the Christmas holiday with them. Thankful also for the encouragement and support of dear friends. 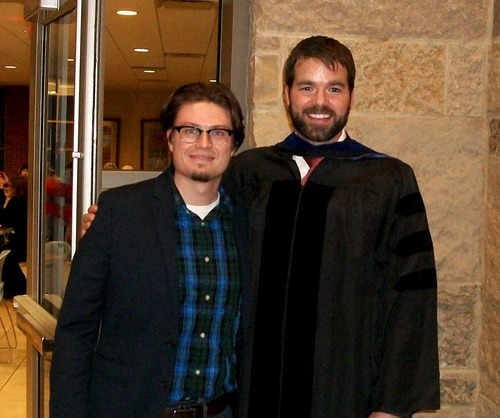 Here’s how Jude and Haven entertained themselves after the ceremony. 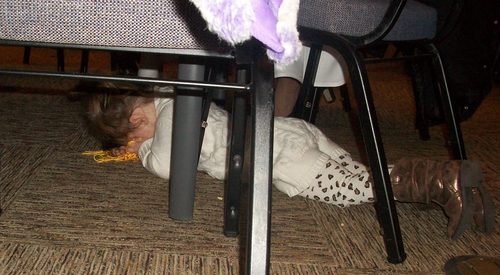 Our church rejoicing with us. (Announcement in the weekly bulletin)

After graduation, we left the kids in the care of grandma and papa (with a prayer for no more vomiting casualties) and headed downtown Chicago for a brief 10 year anniversary get-away.

We mostly relaxed, dined, and Christmas-shopped. We must be out of the honeymoon phase since the following are the only two pictures we took and well, they’re at Legoland. 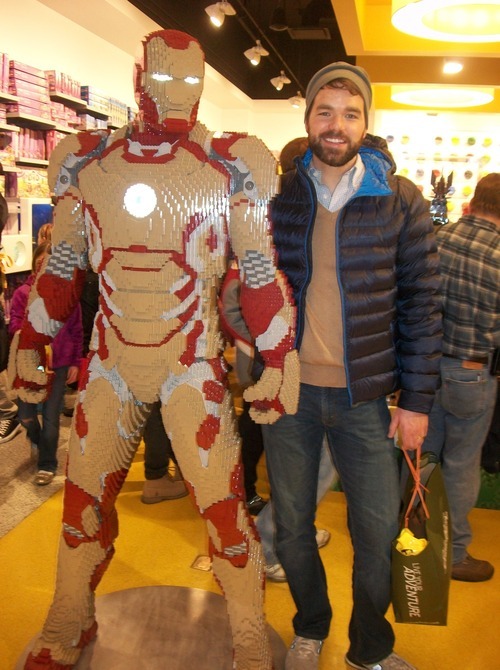 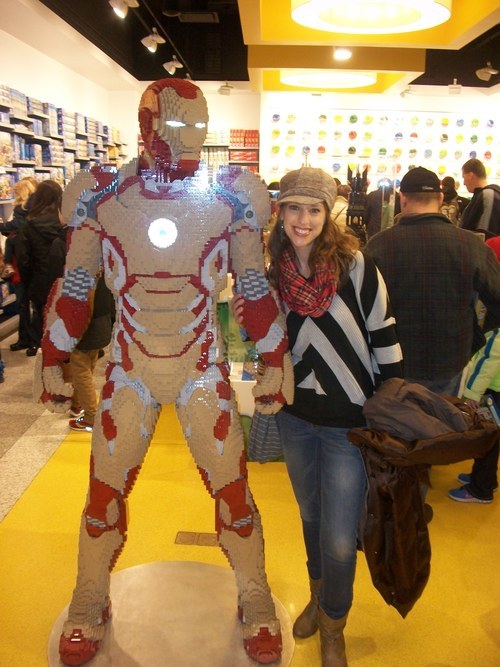 We visited our former church on Sunday morning and had lunch with dear friends from our time at TEDS. The only picture we snapped was the following as Stephanie was headed out the door to the ER with her 2 year old who had just swallowed a marble. Ah, life with kids. And these are the “treasured glory days” we’re told =) All in all, a great celebration. And I’m happy to report no more cookies were tossed that weekend.

February: A month of partying!