The Making of a Man (Seven Years In)

You scored your first soccer goal Turned into a baby whisperer 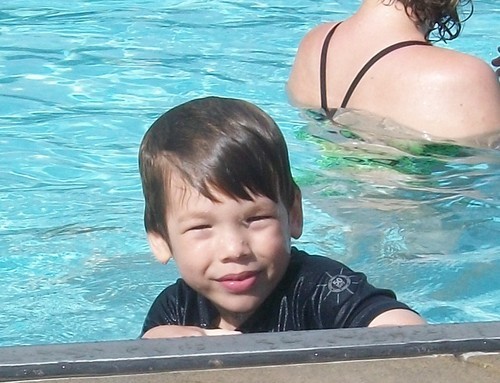 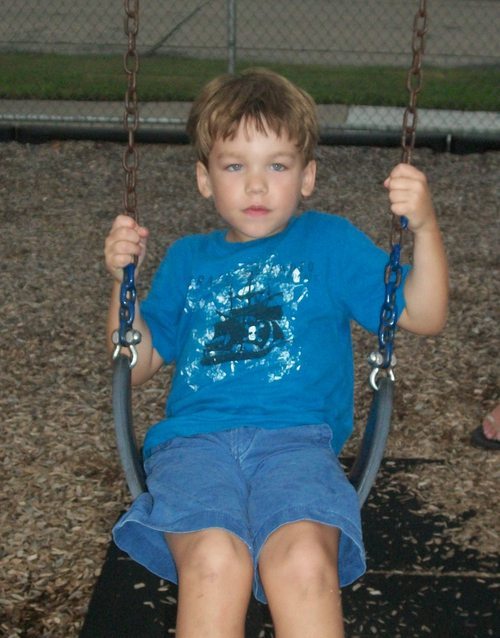 Continued to learn the appropriate times for silliness Improved throughout the year Honed your skill at conversing with adults 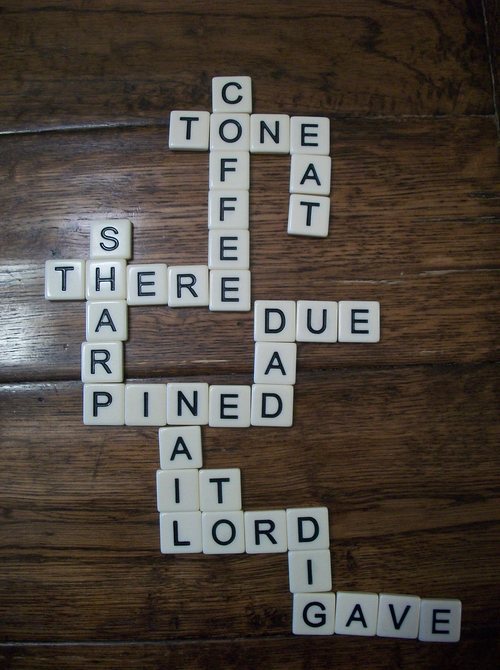 Read several chapter books, burning through a series of Nate the Great,  The Jungle Book and a couple Dallas O’Neil mysteries. 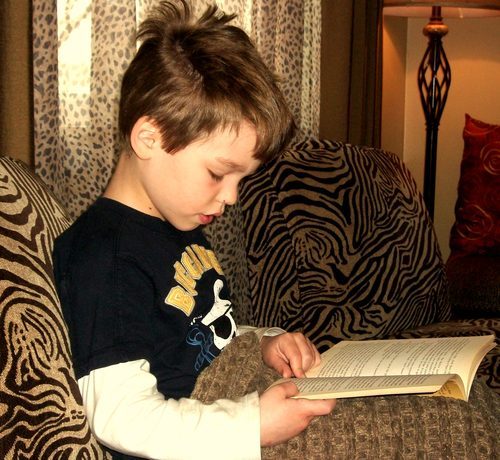 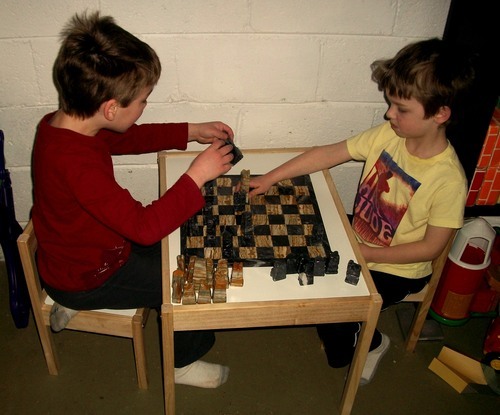 Wrote you first chapter book entitled The Ghost in the Tree in which you progress from fear of the ghost to being very good friends with the ghost (who feels “gooey”). Became obsessed with candy canes, even telling your good friend Ruby in your goodbye letter that you like her as much as a candy cane. 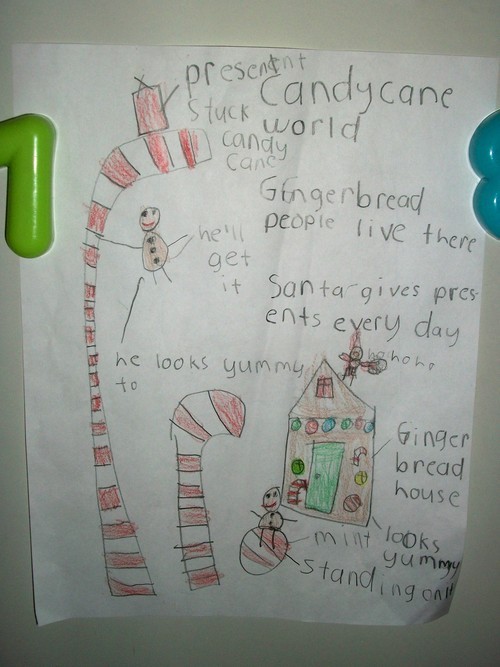 Turned into a pyromaniac Haven’t lost a single tooth. Not even one. You wonder if it’s because you said you didn’t believe in the tooth fairy…

And you have influenced (for good and ill!) two smaller people who observe and imitate all you do. Yesterday we completed seven intense years with you. I wrote this on your fourth birthday and it still very much reflects my heart toward you. I admire your intensity all the while it continually puzzles and sometimes frustrates me. And even though we celebrate your young life today, I can’t help but reflect on how these seven years have changed me. I was the baby of four children, so I didn’t learn to interact with younger siblings. I didn’t do a whole lot of babysitting as a teenage girl. And I never aspired to be an early childhood or elementary school teacher. In fact–to my shame–if I could do so without looking bad, I avoided all nursery work and children’s classes. I was too ignorant to find the child psyche interesting. And even today, it is sometimes difficult for me to “enter into childish troubles, [and have] a readiness to take part in childish joys.” (Ryle, 7)

As a little girl, I remember having a low tolerance level for the silliness of little boys. My male counterparts in school would laugh far too long and far too hard at decidedly unfunny things. It’s poetic justice, I suppose, that the silliness of little boys is my constant companion these days! The silliness and enthusiasm overwhelm me at times, and the hot tears of one particular little boy who feels things ever so deeply trouble me as well, and I am not always successful at being tender toward those little joys and little hurts. Aunt Erica and I joke that though women are supposed to be the more mysterious sex, we often find ourselves completely befuddled by the male gender–and especially the male gender in its sapling form. Asher, you continue to be a mystery to me! So I observe you and think about you and engage you in conversation, but most of all I just pray, pray, pray for wisdom and patience to shepherd your heart on to God.

There is nothing easy about being a parent. We have this great responsibility and opportunity put before us. It is at once complete joy and continual discouragement. Parents have great aspirations as to the kind of parent they want to be and the kinds of children they will produce, but those ideals are under constant attack. Our own sins hound us on every side, and the sins of our children (often vibrant caricatures of our own) tempt us at every turn to forget our noble ambitions and to give into selfishness, laziness, irritability, despair, impatience, anger and uncharitable thoughts and words. I’ve said very true things to you in some rather harsh ways. And I am utterly rebuked by Jesus’ example in Mark 10 when he strongly reprimands the disciples for their irritation toward small children. He indignantly tells them to “let the little children come to me, and do not hinder them, for the kingdom of God belongs to such as these.” He embraced those children and blessed them, considering them equal heirs of the salvation he was offering. They too were little image bearers and he valued them just as he valued the adults who formed the multitudes following him.

After reading Keller’s Prodigal God, I thought long and hard about my self-righteous attitude toward other adults, but at the time I didn’t consider my attitude toward my own children. Self-righteousness creeps in there too–when I express disbelief at your continually returning to folly, when I scold you for your childish behaviors, or reprove you unfeelingly for your rash emotions, or even instruct you on how you ought to treat each other. But what’s more sinister, is that I see all your sin problems still in my own heart–sure they manifest themselves in decidedly more sophisticated ways, but I allow myself to be frustrated by your sin while sometimes giving vent to my own.

The other night during a church service, I was standing next to you, Asher, and you were singing In Christ Alone with all your heart. We got to the final verse where it says:

and I teared up. I remembered singing this song at my first church service with you in tow. We’d sung it many times before, but that particular time it struck me that you had just barely uttered your first cry and here you were at church hearing for the first of thousands of times about Jesus’ reign over this world and over each individual life. Hearing and seeing you sing these words at church for yourself just seven years later is a memory I’ll treasure.

Asher, you need Jesus to reign in your life so desperately, just as I need him to reign in mine. And though in this life I hold the title of “mother” to you, I want to be your sister in the next. I may be further along this bumpy, toilsome, difficult, and painful road of sanctification than you, but we are equals at the cross. My sin–your sin–they all demanded the same bloody sacrifice. I am your peer, but for a time have been granted the role of instructing, nurturing and discipling you. It is one monumental task–fraught with difficulty and sorrow, but with wonder and joy as well. I will always love you. And by God’s grace I will not fail in this task. I was with you at your first cry, and should life follow the normal course, I will not be with you for your final breath, but I trust that in that moment, you will be entrusting your soul to the loving, capable, and reigning hands of Jesus. 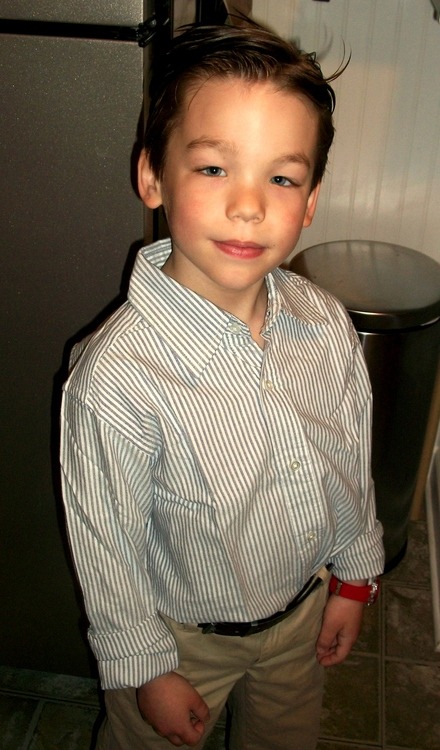